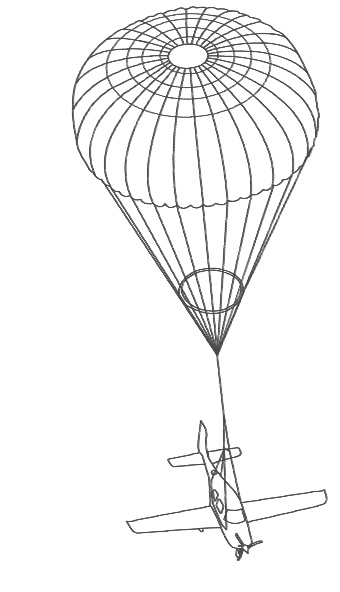 The award was given by the Aircraft Owners and Pilots Association’s (AOPA) Air Safety Institute (ASI). George Perry, ASI’s Senior Vice President, commented, “Over the past decade Cirrus has earned one of the best safety records in the industry, and we are proud to acknowledge their work.” He also shared that in working openly with its owners group, Cirrus has “brought their accident rate to less than half the
industry average.”

While Cirrus is now known for their safety via the Cirrus Airframe
Parachute System (CAPS) and Cirrus Approach systems, that has not always been the case.

The CAPS was put into place in the Cirrus SR20 and SR220 aircrafts
several years ago as a result of frighteningly high accident rates for the two aircrafts. It was revolutionizing technology, and Cirrus thought that by adding the whole frame parachute, they would be able to save far more lives.

They were right! As a result of the CAPS system, over 135 lives have been saved to date. However, this didn’t come without a huge effort on Cirrus’ side to educate its pilots.

When CAPS was first put into place, it was speculated that there was a spike in Cirrus accidents because Pilots felt more comfortable knowing they had the parachute system if anything should happen. But, as Cirrus discovered, there was a lack of knowledge regarding how to use the CAPS, which didn’t have the results Cirrus was hoping for.

After recognizing the new statistics, Cirrus knew they had to do what they could to educate pilots. The Cirrus Owners and Pilots Association worked diligently to create a system of encouraging CAPS use and celebrating pilots for using the technology, rather than questioning them every time. Additionally, Cirrus created the ‘Cirrus Approach’ safety program to integrate safety and CAPS procedures into regular Cirrus training.

As a result of the Cirrus Approach, the aircraft industry saw the decline in fatal accidents each year steadily increase. The height of the accident peak was in 2011, with 16 fatal accidents in SR20s and SR22s. By 2014, the number of fatal crashes decreased to three, which is remarkable considering the spike in Cirrus Aircraft use.

The Cirrus Approach system of encouraging pilots to “pull early, pull often” has helped the world to see the safety precautions put in place. In 2015 Cirrus’ CAPS was publicized when a pilot flying his SR22 over the Pacific Ocean was filmed using it. The pilot realized mid flight that there was a fuel tank issue, and he would have to utilize CAPS in the middle of the water. The U.S. Coast Guard caught the incident on camera, and the Cirrus Approach was proven beneficial.

The world saw CAPS in action again just months later when Bill Simon, the CEO of Wal-Mart, and two passengers were forced to deploy the parachute after losing oil pressure. This too was captured and quickly spread on social media.

These widespread CAPS success stories are just two of the numerous incidents in which the system has saved lives. By constantly placing safety at the forefront of design, and regularly training pilots, Cirrus has been able to lower the number of aircraft fatalities exponentially.

Cirrus is proud to be the first recipient of the Joseph T. Nall Safety Award, and looks forward to continuing to work on safety and innovation for the aircraft industry. 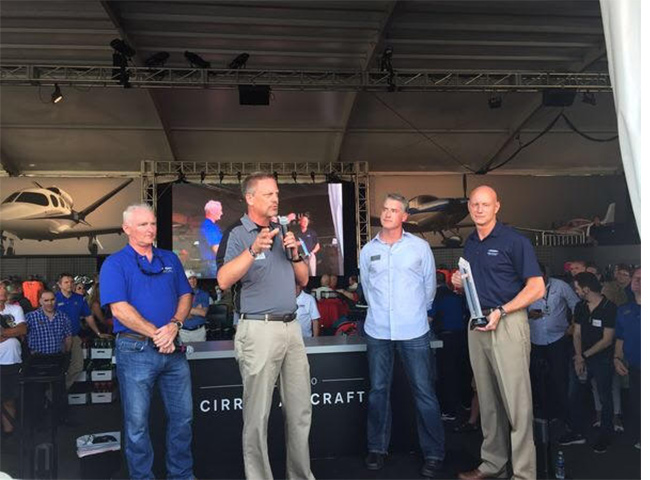