Cost of Becoming a Pilot

Serving your last leg in the military and wondering what’s next? When civilian life is just around the corner, it can seem impossible to plan for a financially sound future while still on active duty. And yet, as daunting as it seems, creating a plan now for a successful civilian career is one of the best decisions you can make for your future self.

Choosing the right career path isn’t as straightforward as it once was. Everyone wants a career they’re passionate about, with a healthy bottom line. When you’re on the outside looking in, it can be hard to tell upfront which career path will offer both lasting fulfillment and a stable income for a reasonable investment. It’s time to think outside the box.

Ready to launch a career that combines meaning and fulfillment with solid earning potential and great perks? It is possible to have it all when you choose a career as an airline pilot.

Since Boeing’s announcement that 790K pilots will be needed over the next two decades, the airlines have revolutionized what it means to be a pilot. Offering six figure salaries, great benefits, and the ability to make over $7,000,000 in lifetime earnings, becoming an airline pilot is now one of the world’s smartest career moves. Not to mention bonus perks that come with choosing an office in the sky, like getting to travel the world and finding freedom from the confines of a cubicle. 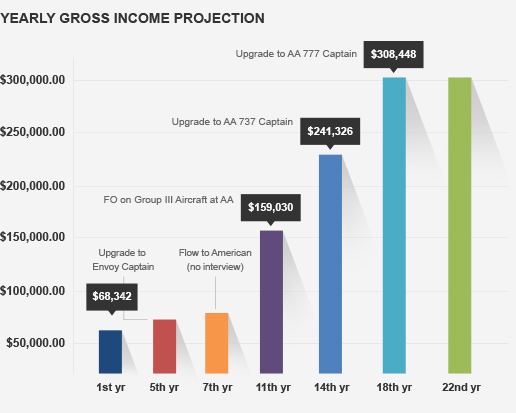 A wise choice for your financial future

Nothing in life is guaranteed. And no career path can magically grant success. But pursuing a career as an airline pilot is about as close as you can get to a guaranteed good choice. Airline pilots have an in-demand job with great perks, a sizeable income, and seniority-based progression.

So what does this mean for you if you decide to become a pilot? In the airline industry, seniority-based progression means that pilots are awarded salary increases with each year of service, assuming that competence and performance increase with time on the job. Which means that as long as you show up, do your job, and have the desire to grow, you’ll climb the ladder. What other job on earth rewards you to the tune of $300K guaranteed annually, just for showing up for work?

It’s also important to start now to earn more. Take the first step to launch your pilot career today if you want to secure your place in line for seniority-based progression. Otherwise, each day that passes is another day it’ll take to get your spot in line for better earning. 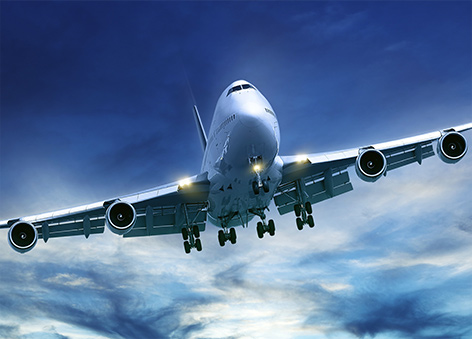 So how does flying line up with other careers in terms of training costs and earnings? Doctors and lawyers are typically held in our society as high earners. But did you realize that the average doctor goes $180,000 into debt for schooling to make an average of $189,000 per year? And a lawyer can spend up to $130,000 in tuition, only to make on average $140,000 per year.

By comparison, an airline pilot’s salary is in line with what a doctor or lawyer makes, and potentially even more. And the cost to train for a flying career is only about half of a typical doctor’s student debt. After $90,000 for training costs, pilots can recover the cost of training a lot quicker than traditional high earners like doctors and lawyers. Given the phenomenal earning potential, choosing flight training is a sound and reasonable investment. 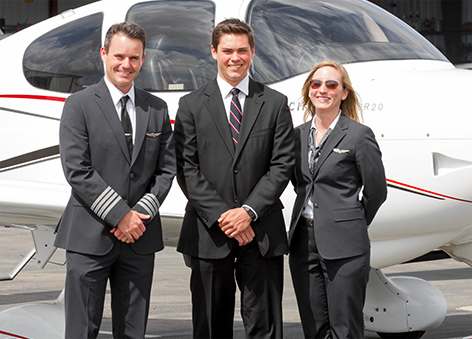 How to finance your training

Ready to take the first step? There are numerous viable options to finance your training for a career with the airlines.

NON-MILITARY FINANCING
If you’re non-military, you can take advantage of these private loan options:

Sallie Mae: Get competitive fixed or variable interest rates with no origination fees or prepayment fees, with plenty of payment options while in school.

Wells Fargo: Receive up to 15-year repayment terms with competitive fixed and variable interest rates. Take advantage of no origination fees and no prepayment penalties.

AOPA and Pilot Finance: This is your chance to get affordable monthly payments while you pursue non-college and recreational flight training programs.

MILITARY FINANCING
If you’re non-military, you can take advantage of these private loan options:

Airline partner support: For rotor pilots transitioning through the Rotor Training Pathway, the airlines may cover training costs up to $27,500, with a new-hire bonus of up to $17,100. Talk about a smart way to go. Coast Flight will work with you to find out which airline can offer the best fit for you.

VA benefit financing: Work with a Coast Flight specialist and discover the most effective way to optimize your VA benefits to launch or continue a career in the skies. Coast is led by senior ranking military officers who have developed training programs to help you get the most out of your benefits.

Not sure where to start, but know you want to fly? We have answers. Speak with a Coast Flight specialist to start your airline pilot career path today.